We've got to confess we're a little pent up after our summer newslettering break. The queue is about 300 links deep (URFFF). We've got strong opinions about a bunch of things and will attempt to smooth off all the rough edges and mancala them into your inbox in orderly and sequential fashion over the next month or two.

We've also got a new category called the Soap Box dedicated to the list of super ranty things Brian is often riled up about. See issue 86 for the full list. It is loosely oriented around our (lack of) societal ambition, energy (abundance), population growth (or lack thereof), and the (maybe not) continuing progress of technology. Basically it is a corner for Brian to attempt to confine his more passionate and typically dour diatribes so you can safely choose whether or not you're up for that sort of mental engagement today. We'll attempt to limit him to no more than a couple of items in the Box each time. Time will tell how that goes...

(Irrrr)regardless we've got 3 or 4 of these badboys lined up for the early fall-ish-ness era of 2022. Hope you enjoy!

The new one is fantastic. The old one still holds up as fantastic. My kids are obsessed and they and all their friends have call signs. And the opening of the original TG is one of the best couple of minutes of American art ever created. -B

This video reminded me that in my global travels I've seen the humble scissor perform so many roles americans have never even had the gall to ideate. Of course in Korea they use it to cut meat at the table. But that is really just the beginning.

One time I was at a factory in China we were thinking about using. They were trying to open their product to show me the motor inside. The product was screwed together with screws (naturally). No screw driver was at hand so the manager was crouched down with his keys trying to unscrew the screws. After a couple minutes of this he barked some orders in Chinese and a few minions went scurrying off, presumably to bring back the tool designed to unscrew screws, aka the screw (un)driver. But nope... back they came with scissors, which the manager then happily (and clumsily) used to unscrew the screws and pop the thing open.

Another time (also in China but different city, different decade, different company, really different everything except the flag outside) we were demoing some industrial strength cable ties. One of the dudes decided to put it around his wrist and yank it tight. But these cable ties were designed to hold cables to oil rigs during typhoons and now this guy had just cut all circulation off from his hand. About 60 seconds later his hand looked like a plumb. The only thing we had at hand were scissors, which were not capable of cutting through the heavy duty nylon. I was convinced dude was about to be slightly shorter in one sleeve until someone found maintenance who came in with wire cutters in the nick of time.

So, brothers and sisters, do not only put thy trust in scissors. -B

Why There's A Supply Chain Crisis

What caused all the supply chain bottlenecks? Modern finance with its obsession with "Return on Equity." To show great ROE almost every CEO stripped their company of all but the bare minimum of assets. Just in time everything. No excess capacity. No strategic reserves. No cash on the balance sheet. Minimal R&D.

Brian's First Rule of Online Life: Beware of single cause explanations for the behavior of extremely complicated systems. -B 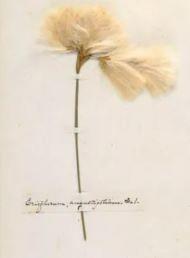 I'm lowkey trying to convince someone to get this as a tattoo. The whole collection is amazing. I'm in love with the overall aesthetic. -B

Part of the reason this collection is so delightful is Dickinson's (inherent?) eye for composition. Several, but not all, of these pages have a visual rhythm that designers would appreciate. -C

Calvin and I are both in love with this twitter bot that randomly picks a spot on earth once an hour, uses google maps to find the closest restaurant to that spot, then shows you pictures of the restaurant and their food. If I could have a superpower it would be to teleport once a day to the restaurant of my choosing posted by this bot with in the last 24 hours. -B 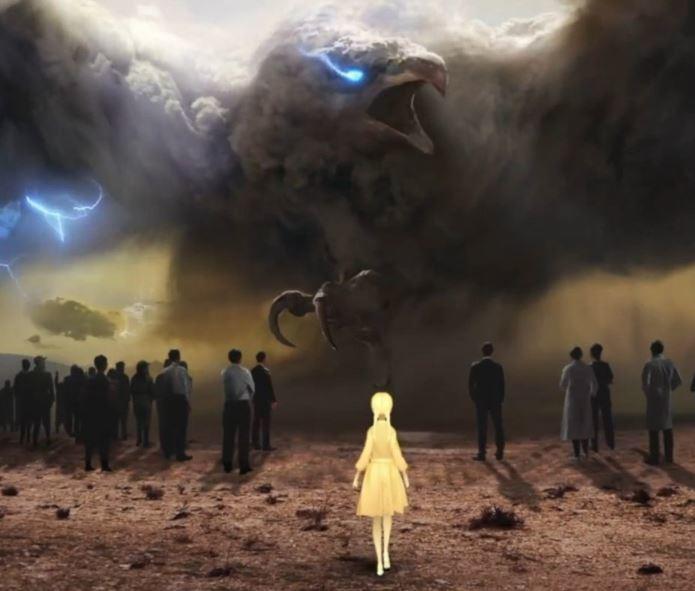 Man... are we the baddies? Also we do look pretty great in these! -B

I have numerous questions about the Last Supper style painting. As in, many much questions. But I don't want any answers, the questions are more fun unresolved. -C

BTW one of these was the origin of “Dark Brandon”. If you don’t know what that is I deeply deeply envy you. -B

I love technology (and science)

Television was made possible due to the invention of the cathode receptor. It was a remarkable discovery at the time. A guy named Philo Farnsworth came up with the design. And he did so at a time when transmitting moving pictures and sound over-the-air seemed more like fiction than non-ficiton.

Philo’s brother-in-law was a guy named Cliff Gardner. Philo knew how this contraption should work, but had no idea how to industrialize it. A key component was glass tubes. Glass tubes were not commercially available in any form at this time, so Cliff Gardner taught himself how to be a glass blower. And he provided Philo as many glass tubes as he needed to make the television a reality.

What prompted me to think about this was a recent trip to visit my parents. I am sure I was told this before my visit, but I learned my grandfather was a Seabee during World War 2. Seabees were construction crews that, among other things, built airports in countries that the US needed a military presence. So they enabled tanks and planes and all the things to get to where they needed to go.

This is my token of gratitude to all the behind-the-scenes folks that get things done. The Cliff Gardner’s and Seabee’s of the world who get very little fanfare, yet enable some pretty great things.

P.S. I possess three things with any sentimental value. One is a “bullet” the size of my head that the Seabees used to ward off enemies while constructing a runway for an airport. I hate most things used to cause death. I love this. -M

NEPA requires that before any major federal agency action — including approving a permit to drill on public land — the agency must either produce a statement hundreds of pages long detailing the environmental impacts or produce an assessment hundreds of pages long showing that there is no significant environmental impact. Either way, the result is years of paperwork. In my view, NEPA is one of the biggest culprits for the economic stagnation we have experienced since the law took effect in 1970. The law imposes no substantive environmental requirements, but its paperwork requirements result in much-prolonged timelines and a great deal of uncertainty for investors. As Brink Lindsey and Samuel Hammond, our friends at the Niskanen Center, put it, NEPA has had a “chilling effect on investment.”

We should be so much greater as a country than we are. In ways clean and carbon free and energy of all kinds abundant. But we've made it where no one will invest because the process is insane and uncertain. We are smothering our potential. Welcome to the Soap Box..... -B

Main link is to a wonky and dry paper describing the megaregions. It is interesting.

This link is to a twitter thread where some rando demonstrates exactly the kind of ambition I'm talking about us needing to find to drive increases in individual humans flourishing materially while being good stewards of the planet.

we must immediately start building high speed rail and other transport connections between the cities of each mega region. then infill dense new urbanist style villages between them, so that people have options. then we start re-greening the rest 🌳🌾🍀

I'm in as long as each megaregion elects their own monarch. (If you haven't read / heard my regional monarch political system idea you should catch me a bourbon or two in sometime and ask me "hey what's the deal with you being a libertarian monarchist, that makes zero sense?...). -B

OK, I don't know if I'm allowed in the soap box category. A little 'inside baseball' on this newsletter:

Inviting Brian to write it with me was one of the best ideas I've ever had. There's zero chance I would have stuck with this as long as I have if it weren't for Brian. Every now and again he texts me "we should send out an issue" and I say "yeah let's do it" and then forget immediately.

So if he didn't get in here and write stuff there would never be another one of these. BUT what that means is that when I eventually get around to writing anything he's had his stuff in here for awhile and has no clue what I'm gonna do with it. And then I push the send button.

BUT ALSO oftentimes I log into this software to discover that Brian has created yet another content category and I've just got to roll with it. Since it's more fun to never discuss this, it will continue thusly.

AnYwAyz I think that this is a wonderful new category and I look forward to seagulling (think about it) whatever Brian puts in here right before publication.

To that end, I'd like to say about the megaregions monarchy bit: ok so this is our entire next issue, right? -C

I've now been asked multiple times for my take on Elon's offer for Twitter. So fine, this is what I think about that. I will assume the takeover succeeds, and he takes Twitter private. (I have little knowledge/insight into how actual takeover battles work or play out.

A great breakdown of Web 1, 2 and 3 and why the Elon / Twitter thing is all about Web 1/2(-ish) rebelling against Web 3. And to be fair, Web 3 does objectively stink. It's genuinely awful and we should shut it down and start over. Starting with Twitter (assuming Elon at the end of all this actually ends up owning it....). -B

OK I was dissing threads earlier, and I'm right, but @yishan is pretty good at them. To be clear, he needs a blog and not billion-tweet-long threads but the guy ran Reddit so what do I know. -C

Hope everyone gets to eat some red beans this weekend. Ciao! P.S. did you catch our mysterious guest writer or do you even notice which letter appears at the end of each commentary blurb?