I just scrolled through all 230 some odd links in the queue (yeah....so.....that's out of control) and sort of noticed there are like 4 or 5 things that I (-B) feel strongly about and each of those topics has accumulated an encrustation of material germane to the membrane as it were. These uncut gems are set in a golden band of food, travel, and music and the other cool stuff that flows through the estuaries to your inbox. Those couple of topics usually get some sort of 900 word screed from yours truly which probably makes everyone's eyes glaze over. I'm sorry about that but cannot promise that the esoteric passionate raving will stop anytime soon.

In no particular order:

Anyway you are spared (mostly) from that this time, unless -C decides to go off because today WE FANCY LIKE APPLEBEES UP IN HERE.

As the kids these days are fond of saying, let's go. 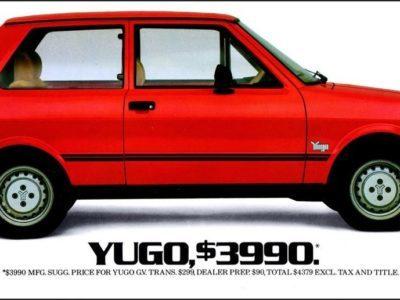 According to the CPI cars cost the same as in 1990. Meanwhile cars cost 150% more than in 1990. So how does that work? I'm including this in the You Fancy category because it has the word hedonic in it which seems like a fancy word. -B

The Bermuda Triangle of Wealth

Here's a super clever theory that college pricing basically floats to the level at which it wipes out the exact amount of wealth middle class parents have accumulated after roughly 18 years. The invisible hand at work taking everything parents, who just want their kids to succeed, have to give. -B

Many of the links in our overstuffed content queue are related to flying. Let's talk about that.

There's an awesome short video series of a passenger trip on one of the big zeppelin's that was doing intercontinental travel in the 1930's. NYC to Rio on an airship. Someone should bring this back. With Helium this time of course.

Here's some more non-Led Zeppelin history if you need it.

We're not sure if the physics of flying anywhere in this AirYacht actually work but super-rich multiverse versions of ourselves would be 100% in on finding out.

If you aren't keen on traveling with strangers, we're happy to share a site with jets for sale. You can snag one for the paltry sum of...oh these are the kind of things where they don't list a price. Either way, surely everyone enjoys looking at pictures of the inside of private jets (Brian definitely does).

If you don't care much about flying things, never fear: we have many much sailing content for you. Take this €2.2 Million yacht video tour, or a world cruise that takes 274 nights. 160 Shore Destinations. $70K / person..... who's in?

And last, but certainly not least, is the train. Calvin enjoys trains. Brian adores trains. Calvin is surprised that this is the only train link Brian added to this issue. A sneak peak at Brian's bucket list: Europe to Asia on the Orient Express.

Open question: are you, dear reader, more of a hotel person or an AirBnB person?

Unclear if this would be a building with a room to let, but this proposed tower design would surely offer up some incredible views. But that's a heckuva commitment to build that thing into a city's skyline.

Calvin once passed by Lake Como on a train, and regrets not stopping by. Although college Calvin was–and perhaps still is–unable to afford a stay at Lake Como. But if you like to dream, here's a dreamy villa.

Enough of this one-building-at-a-time nonsense. If you're an AirBnB person these ten Southeast Asian resorts might convince you to change your ways.

We hope everyone has a wonderful holiday weekend, and that this little newsletter provides you with enjoyable pool-or-lake-side reading. See you soon!